3D-printed houses come to a Texas village for the homeless 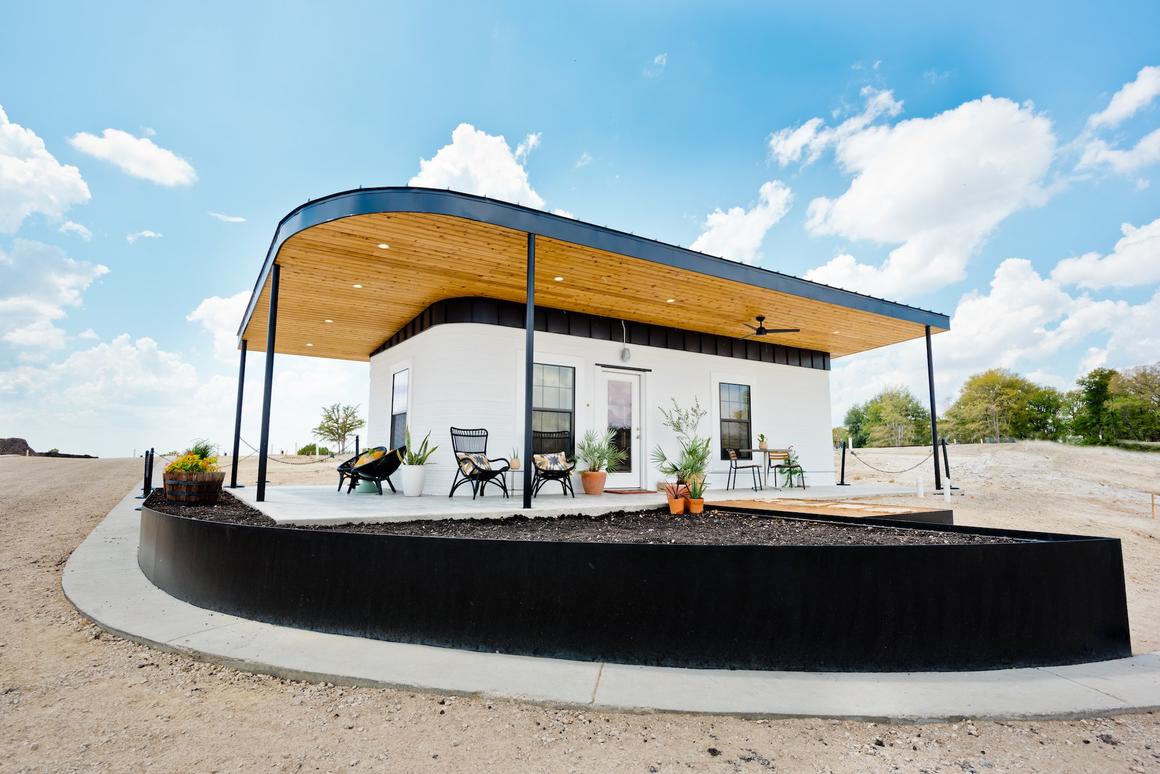 The new welcome center at the Community First! Village in Austin was 3D printed in a total of 27 hours
Icon (Twitter)

From space exploration to robotics to medicine, 3D printing has huge potential in all kinds of areas, but one where it is starting to make a real impact is the world of low-cost housing. The latest example of this is a few additions to a development for the homeless in Texas, starting with a stylish new welcome center that was 3D printed in little more than a day.

The construction company behind the new 3D-printed homes goes by the name of Icon, and since debuting its first prototype at SXSW in Texas in 2018 has taken its technology to Latin America, where it is building the world’s first 3D-printed neighborhood.

By using its Vulcan II 3D printer to produce the basic structures of simple homes and having humans add final touches like windows, doors and roofing, the company is able to construct dwellings remarkably cheaply and efficiently. The prototype home it produced for SXSW took 48 hours to make at a cost of US$10,000.

Similarly, the village of low-cost homes it is building in Latin America is designed for families living on less that $200 a month and is hoped to serve as a proof-of-concept for affordable housing solutions around the world. It now hopes to keep the ball rolling with a new project at the Community First! Village in Austin, Texas.

The development is headed up by local homelessness non-profit Mobile Loaves & Fishes and will include more than 500 homes across 51 acres (20 ha) once completed. Icon enters the fray at Phase II of the project, and will add a set of six 3D-printed homes to the mix.

These homes were drawn up by Texas-based outfit Logan Architecture, and Icon will for the first time ever print three at the same time as a way of demonstrating its build efficiency and focus on lowering costs. All six homes will break ground before the year is out, but the company has already completed a 500-sq-ft (46-sq-m) welcome center for the village, which it printed in a total of 27 hours, but spread across several days.

To hear from some of the people involved in the project, check out the video below.

ICON 3D Printing for the Homeless in Austin