PHD, MG OMD, Channel 4 and Jellyfish were four of the big winners at the prestigious Media Week Awards 2021, which took place at the JW Marriott Grosvenor House London on Park Lane.

The Media Week Awards 2021 returned as an in-person event for the first time since the pandemic with more than 850 guests at the black tie dinner at Grosvenor House. 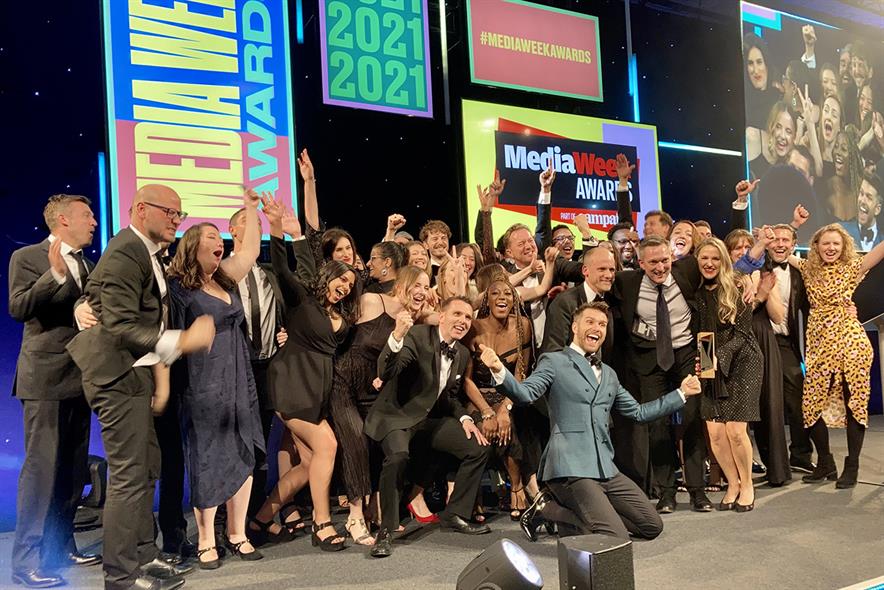 The awards celebrated the best campaigns, agencies and teams over the past 12 months with Manning Gottlieb OMD winning media agency of the year, 4Sales winning sales team of the year and Rob Pierre, founder of Jellyfish, named media leader of the year. LadBible won media brand of the year.

ITV was the most awarded media owner, picking up five awards, with PHD the most successful agency, also with five. MG OMD took home four.

'The ad break we never expected to be in', by PHD for The British Heart Foundation in partnership with ITV, was the most successful individual campaign with a quartet of gongs.

MG OMD also won best agency partner, brought to you by Reach Solutions, which is judged by the media owners on the Media Week Awards jury.

Campaign would like to thank the panel of more than 50 industry professionals who judged the awards, as well as our sponsors – Clear Channel, Finecast, Hearst, Mail Metro Media, Radiocentre, Reach Solutions and VEVO – and all of the entrants.

Natalie Bell, chief executive of MG OMD, and Dara Nasr, UK managing director of Twitter, were the chairs of judges.

Below is the full list of categories – click on the links to find out details of the Gold, Silver and Bronze winners in each category:

BEST USE OF AUDIO

BEST USE OF DATA FOR AUDIENCE BUYING

MEDIA LEADER OF THE YEAR

MEDIA BRAND OF THE YEAR

SALES TEAM OF THE YEAR

MEDIA AGENCY OF THE YEAR