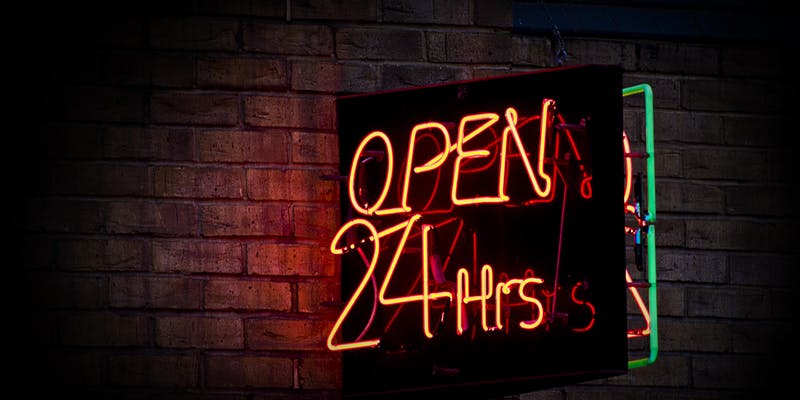 Four design and environment experts discuss the use of typography and signage in an urban context, looking especially at how signage is used to influence, modify and comment on human behaviours.

Specific to Sydney, but also exploring universal issues of signage, the city and human behaviour, this event explores graphic design beyond mere aesthetics and brands, instead focussing on the urban environment, and the issues that go with it. The talk considers how the designer plays more meaningfully into these city spaces and how we respond.

Annabel Stevens is Executive Producer – Digital at Collider with a background in museums and galleries and a special interest in the connection between physical and digital, immersive and interactive experiences. Annabel has led projects as diverse as entry experiences, permanent exhibitions, interactive installations, signage and wayfinding, placemaking and cultural strategies. She brings skills in business development, creative strategy, production and project management and has a highly collaborative approach, working with artists, architects, industrial and graphic designers, software developers and engineers. Previously Annabel worked as Head of Digital at Snepo Research, Head of Environments at Frost*Collective and as a curator at the Design Museum in London.

Carlo is a multi-award winning graphic and three-dimensional environmental designer. His love of typography and design history & theory is a defining element of his design solutions. In his role as head of Urbanite, Carlo leads the strategic directions for complex wayfinding projects.

One of Australia’s most respected wayfinding designer and strategist, Carlo brings over 30 years of experience developing complex signage programs across a broad spectrum of sectors including hospitality, transport infrastructure, health, retail and workplace.

Stephen Goddard is a multi-disciplinary designer, design academic, and creative director of Project Two. He has worked with many of Australia’s largest cultural institutions and galleries on projects spanning publication, interpretation and exhibition design. In 2015 he won an Award of Distinction for Lola Greeno: Cultural Jewels at the AGDA Australian Design Biennale, and has won many awards for publication design, including Best in Show at the Museums Australasia Multimedia and Publication Design Awards on three occasions. Stephen has co-curated a number of exhibitions, including I Spy(2013), and Happyness (2015), both in collaboration with Meryl Ryan at Lake Macquarie City Art Gallery, where he also exhibited a series of works in Book Club (2017). Stephen is an Associate Lecturer at UNSW Art & Design and has recently submitted a Master of Design research thesis.

ADC Friends gain free entry to this event, please call us to arrange a booking.

FILMING AND PHOTOGRAPHY
Please note: This event will be recorded. By attending the event you agree to be filmed and photographed, and for those images and footage to be shared online and across various promotional platforms.