Look Closely, This Mind Blowing Furniture Is Made With Straw! 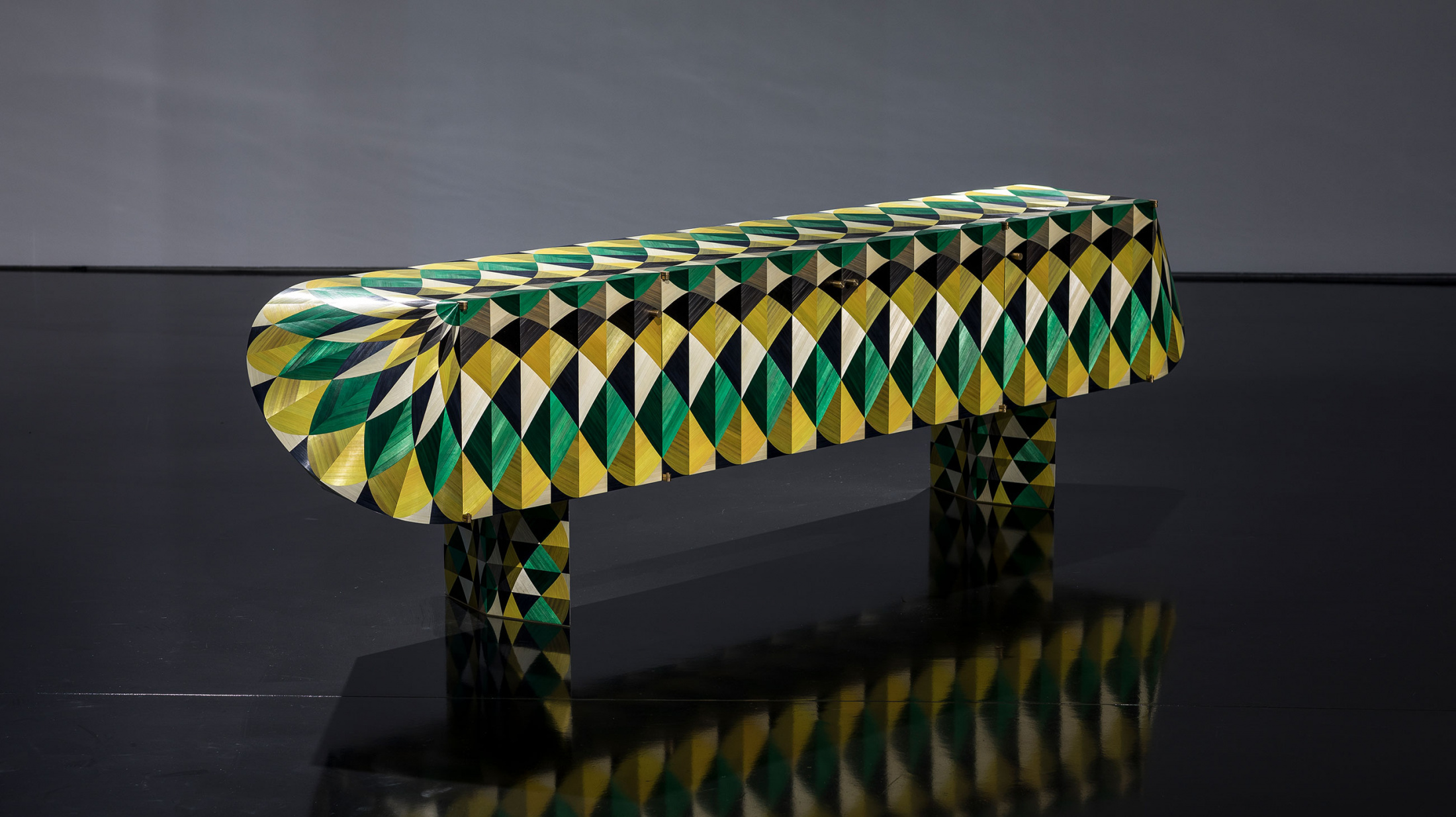 A leading industrial designer and French straw artisan walk into a bar and five years later they emerge as design partners. This is how it was for Arthur Seigneur and Adam Goodrum, except instead of a bar, it was a cold email from Arthur, the French expat who had recently arrived in Australia.

Now the pair is known as A+A, and are exhibiting three pieces of mind-boggling cabinetry at Melbourne Design Week in Exquisite Corpse, presented

‘Neither of us would have come up with these works independently, but together we’ve created something new and distinctive.’ – Adam Goodrum

The 17th-century craft of straw marquetry is only practised by 25 artisans around the world. One of those is Arthur Seigneur and to his knowledge, he is the only one practising in Australia. It’s on the edge of becoming a lost art.

An art though, it definitely is.

He makes up one half of collaborative design duo A+A, alongside industrial designer Adam Goodrum. Their latest endeavour is an exhibition for Melbourne Design Week, for which the pair have created three pieces of incredible cabinetry decorated with straw marquetry by Arthur’s expert hand. Adam designed the credenza, tallboy and console, made from oak and white maple. Using just a scalpel, ruler and wood glue, Arthur has painstakingly covered the surface of each piece with more than 4,000 slivers of reflective rye straw, imported from Burgundy and hand-dyed in custom hues.

Adam and Arthur envisioned the colours and patterns together, resulting in a cascading kaleidoscopic design inspired by the concentric symmetry of a lotus blossom. The marquetry runs in contrasting directions and colours, giving each piece an intense dynamism, as well as subtle texture.

The exhibition takes its title from the surrealist French parlour game cadavre exquis (‘exquisite corpse’), where anonymous group sketches often resulted in disjointed and bizarre anatomical illustrations. Similarly unexpected collaborative outcomes are repeated in A+A’s process. ‘Neither of us would have come up with these works independently, but together we’ve created something new and distinctive,’ explains Adam.

You can see Exquisite Corpse at the National Gallery of Victoria during Melbourne Design Week from 12th – 22nd March. 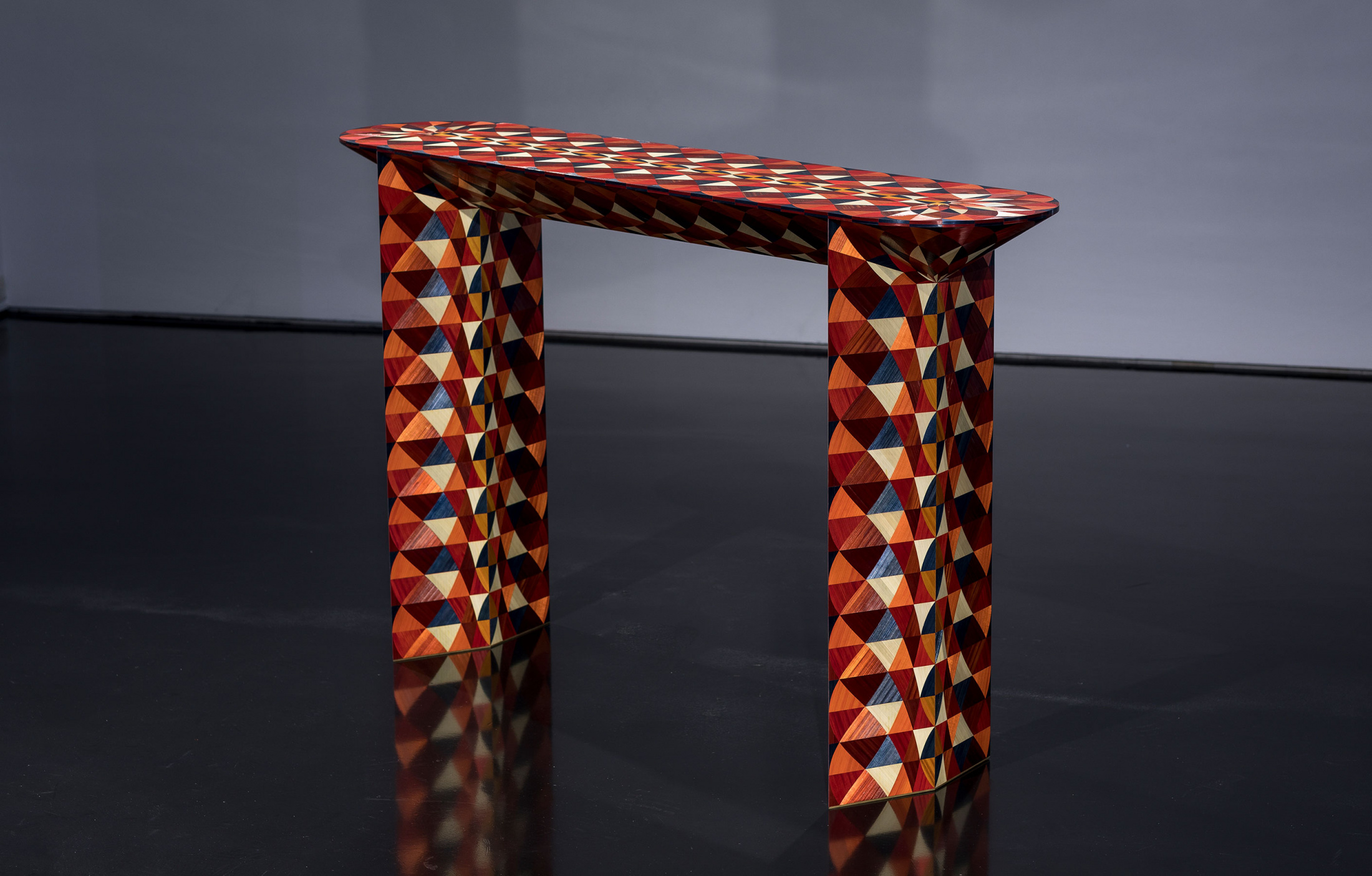 Design in 2021 – what will interactive design look like?
Why age is often the “least relevant thing” when co-designing with the elderly
Speak the Universal Language