UI vs UX Design: Which Career Is For You? 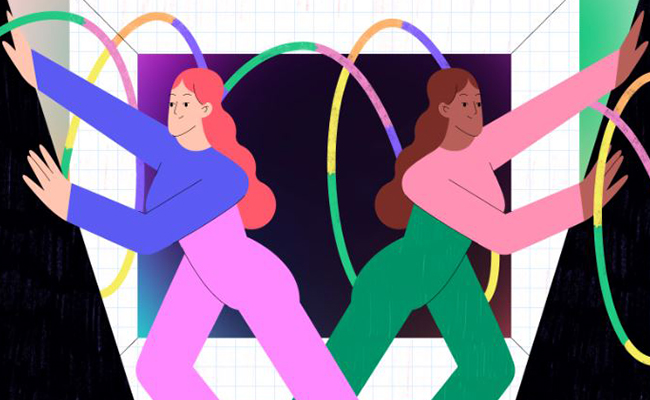 UI design and UX design are two of the most common design disciplines you’ll see (along with the hybrid UI/UX design). But when it comes to UX vs UI design, what’s the difference between the two? How does the role of a UX designer differ from a UI designer, and where do they overlap? And finally, how do they both contribute to the overall success of a digital product?

In this article, we’ll break down the main difference between UI and UX to help you decide which career trajectory is right for you. Let’s get straight into it!

“If UX is a brain of a product, then UI is its soul.” — Anton Mikhaltsov, Design Director @Awsmd 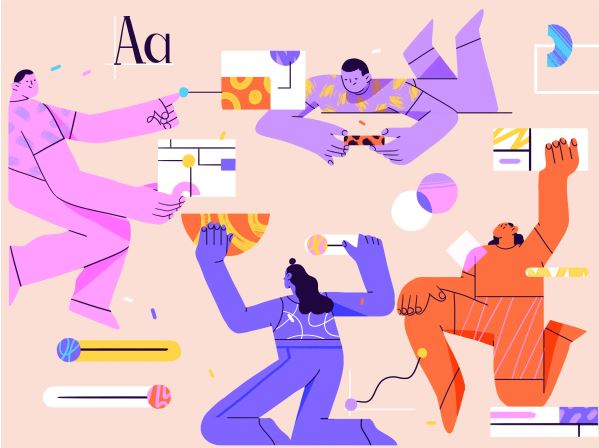 While UX designers do care about the way a product looks, it’s in relation to how the visual design of the product impacts the user’s experience.

User experience designers make design decisions based on the way the product will function for users and the emotions or behaviors the visuals will evoke in the person using it.

“UX design is a constant exercise in empathy and understanding. As a designer at Evernote, I’m always trying to put myself in our user’s shoes to get at what they’re thinking and feeling at important moments during their experience with our product.” — Natasha Noltimier, Design @Evernote 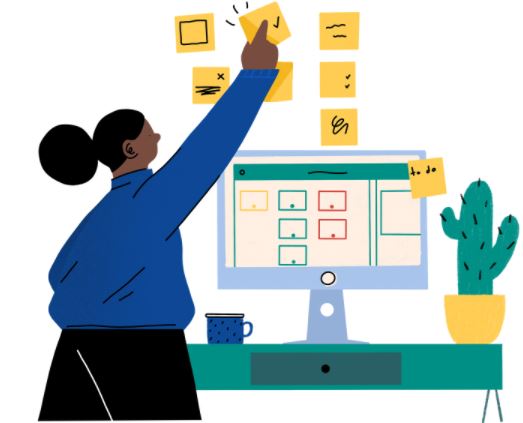 UI designers focus on aesthetics & function
UI design (also known as User interface design) focuses on the way a product looks and functions. UI designers work on the visual design of a product, often working from the wireframes or mockups a UX designer has provided.

While user interface designers are primarily responsible for the look of a product, they don’t ignore user experience. Many common design patterns are based on creating effective user experiences. These patterns are meant to engage users in particular ways, to make interactions more intuitive, and to generally just make digital products easier to use. 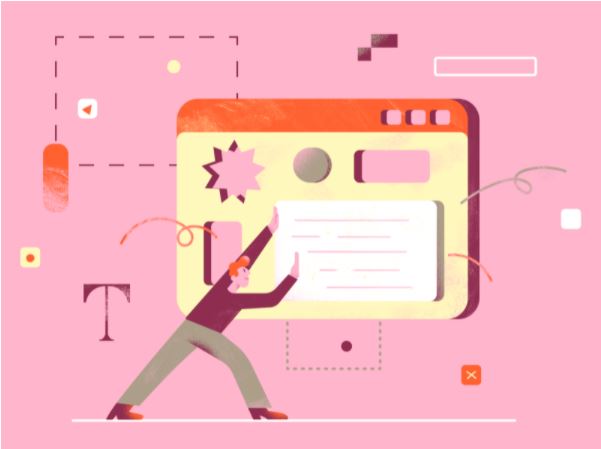 The main differences between UI and UX
So what is the difference between UX and UI? Let’s take a look at some of the main elements that set the two roles apart.

👉 SOLUTIONS VS. AESTHETICS
UX designers focus on solutions to design problems that fit the needs of users. This requires gaining in-depth knowledge of what those user needs are before a user experience designer embarks on creating a design solution.

By contrast, UI designers are more focused on the aesthetics of the product. While user interface designers also aim to solve design problems through the way a product looks and how the interface is set up to function, they don’t necessarily look at it through the same lens of user needs.

👉 INDIVIDUAL PARTS VS. USER FLOW
UI designers focus on the individual parts of a digital product. They’re looking at individual pages, such as a product page or checkout page, without necessarily putting my attention on the way those pages flow together from anything other than a visual perspective.

UX designers, on the other hand, put much more attention into the way people move through the overall product. They’re looking for bottlenecks or pages where a user might get confused or abandon the product. User experience designers look for consistency in the entire experience from the time a person first visits the product until they complete the desired actions (and often what happens after that, as well). 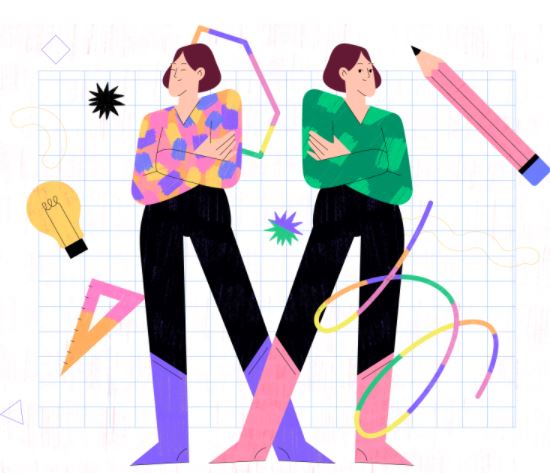 Conducting user research to understand what a typical user wants or needs from the type of digital product they’re creating.
Creating a strategy for the product’s design, including how to best meet user needs, user journey maps, and product requirements.
Analyzing interactions to see how users are likely to actually use the product in the real world, rather than just in “best-case” scenarios.
Creating wireframes and prototypes to guide the design of the actual user interface, taking into account user needs and the flow of the overall product.
Making sure that user needs are addressed throughout the design process and conducting user testing as the design is refined.
While UX designers do much of their work at the beginning of a project, it’s important for them to stay involved throughout the process to ensure the best user experience from the finished product. 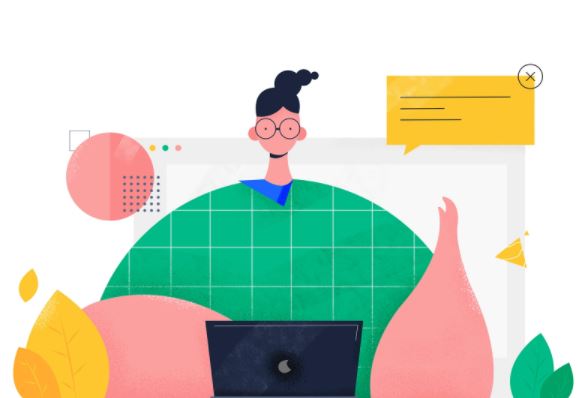 UI designer responsibilities
UI designers often start the bulk of their work after the wireframes and prototypes are created by a UX designer. If you’re a user interface designer, your main responsibilities on a digital product will generally include:

Creating the finished designs based on the wireframes and prototypes. This includes a lot of attention to detail to make sure the finished product has a consistent visual appearance and functionality across all pages and sections, as well as making sure it meets the needs outlined by the UX designer.
Communicating with both the UX designer and engineering team to make sure that user needs are met and that the design functions the way it’s intended. They may also be involved in problem-solving if a particular function isn’t feasible from an engineering perspective.
Analyzing competing products and how their visual style impacts the way the product is used and perceived by users. This is also a chance for the designer to figure out better ways to do things than what the competition has done.
Creating a responsive design that will look good regardless of screen size.
While UI designers often start the main part of their work after the UX designer has provided them with wireframes and prototypes, they should still be involved in the process prior to that, to address any potential design issues as early as possible. 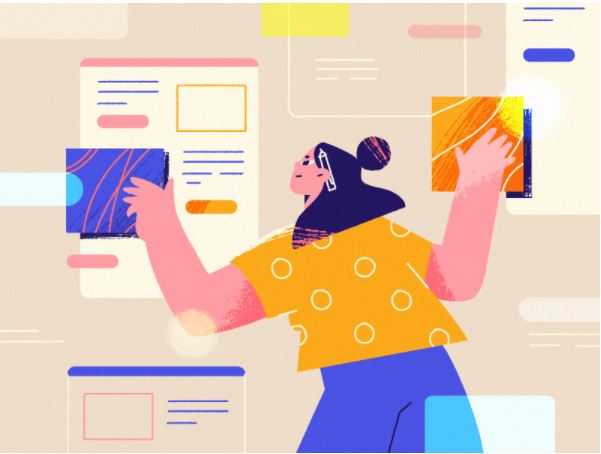 UX and UI design are complementary
People often like to ask, which is better: UI or UX? The truth is, UI and UX are both vital parts of the digital product design process. The two roles are complementary, and are sometimes performed by the same designer (especially on smaller projects).

Without data that leads to understanding what a user needs from a product, a UI designer can only hope to create a visually appealing design, but not necessarily one that people want to use.

On the other hand, a UX designer who focuses solely on user needs without any concern for the aesthetics of the product will create a product that may be less appealing than competitors who create a usable and attractive product.

“UI and UX play a fundamental role for our business. When we start designing the UI of a product, we take into account everything that we’ve learned during the UX process, but also adapt the style to the corporate identity of the client. User Interface is the ‘look & feel’ of the product with the structure and interaction of the elements of the interface. In other words, a good user interface is an instrument to support a good user experience.” — Mariano Sanchez, Design Director @BrandBox 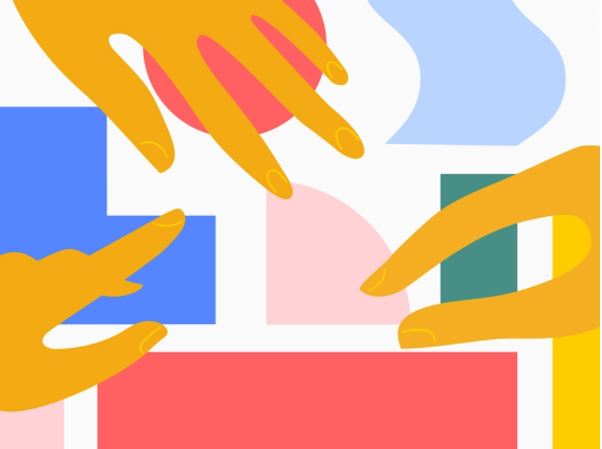 UI vs. UX: Which career path is for you?
Regardless of which career path you choose to follow, learning the roles and basic skills for both UX and UI can lead to more career success and opportunities.

Get Inspired By The 2021 Winners Of The A' Design Award, The World's Biggest Design Contest
Demystifying Inspiration: Four Ways to Spark Creativity
Why Core Graphic Design Skills Are No Longer Enough