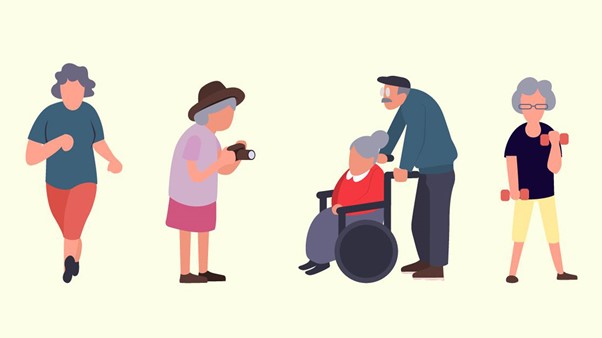 Products and services for older people are designed to be functional and not much else – these designers want to create joyful experiences instead.

“I think from a society standpoint, we’ve been taught to be afraid of ageing,” John Zapolski tells Design Week. “Our imagination is burdened with the idea that life just gets worse as we get older and this affects the way we design.”

Zapolski is the founder of Alive Ventures, a start-up studio working to build and design products and services that help older adults “live, work and love”. A “serial entrepreneur”, he says he’s always been interested in populations of people for whom design is overlooked.

The elderly is one such group where this is the case, he says. Indeed, Zapolski adds that while the ageing population has been growing for some time – with the UN currently estimating one in 11 people worldwide are 65 or over, and projecting this number will rise to one in four by 2050 – the state of design for older people is “fairly abysmal”.

Zapolski’s assessment of the state of design for the elderly is backed up by a recent year-long study conducted by Alive Ventures and The SCAN Foundation, a charity dedicated to improving the lives of the elderly. The survey engaged with more than 250 American seniors across the country in 15 different workshops.

The resulting report includes 28 specific things older people want and need, 11 common themes and four overarching topics. It’s a valuable source of information, but also an example of how Zapolski and Alive Ventures believe designers should be approaching the subject from the outset.

“Usually with older people, it’s someone else’s idea when it comes to design – it made sense to start in this case then by actually asking older people what they wanted,” he says.

“For any other cohort, we don’t imagine their needs are the same”

When younger people try to prescribe needs and wants on behalf of elderly people, it’s usually done through a lens of frailty, Zapolski says. Alive Ventures’ data suggests a big difference between how the elderly perceive themselves, and the way others perceive them.

“What we learned by actually talking to people is that most of what they want is same as what we want,” he says, listing interesting and fun people to spend time with, ways to nurture love and intimacy and ways to contribute and make a difference as examples.

Perhaps this ought not to be surprising – the elderly are human beings after all, just older ones. But design thinking and wider societal attitudes towards older people are often reductive, Zapolski explains.

“For any other cohort, we don’t imagine their needs are the same,” he says. He gives the example of a 26-year-old young professional living in Brooklyn and a 35-year-old mum living in a rural US town. Both are technically young people, but we wouldn’t for one minute believe their wants and needs match up to the same extent we consider seniors’ do. “For older people, it seems like everyone from 65 to 95 has the same needs.”

A blanket view of frailty when it comes to design is limiting. Director of the Design Age Institute Colum Lowe says designers should instead think of frailty across four vectors: physical, mental, economic and social. Designers often have no problem working for physical frailty but it’s the other three that are missed out.

“The fact is that people can live longer independently, even if they are mentally quite frail, if things are designed around their needs,” Lowe says. “As for economic and social, robustly designed services and products can prevent this being a bigger problem too.”

But this being said, frailty doesn’t have to always be the default lens for designing for older people in the first place, Lowe says. He points to statistics from the NHS that suggest only around 35% of people over 65 show signs of medical frailty.

“Age isn’t that relevant to our work”

Monolithic thinking when it comes to elderly people results in product and service design that is centred around stereotypes. If we think of all older people as frail, needy and disinterested, we design with this in mind. If the first port of call isn’t these attributes, then where should designers begin their process? Lowe says looking at the benefits of ageing is one place to start.

“It’s frequently said that older people are less interested in things but that’s completely untrue,” says Lowe. “What they do become is fussier, because as people age, they build up experiences and they learn what makes them happy.”

The role of the Design Age Institute then, which is part of the Royal College of Art’s Helen Hamlyn Centre for Design, is to support products and services that help keep older people in touch with their joy and independence, and facilitate it where possible. Lowe describes the process best by saying the team tries to “talk about ageing without mentioning age”.

“Age as an informing characteristic really isn’t that relevant to our work,” he says. Not everyone becomes frail at the same age – as Lowe points out, anyone who has suffered a car accident will be familiar with frailty, no matter what age they are. Rather, the Design Age Institute prefers to focus on life events, transitions, the wisdom gained with old age and the interests of individuals.

A “fully three-dimensional human being”

When designers approach their work from this angle instead of one that, whether consciously or not, sees older people are burdens, the result is more enjoyable for all parties.

“It’s a much more optimistic and fun point to begin the design process,” says Zapolski. “And there’s far more room to think of aesthetics for designing for older people than we realise.”

Monolithic thinking tends to boil down to function over beauty, something the Alive Ventures report explicitly finds is a burden on older people. Breaking that down provides more areas for designers to experiment and actually enjoy their work.

“What ends up happening otherwise is that products get conceived and built, and the people they’re for never actually use them – a better way of approaching the problem is to find what an older person wants to signal to the world,” Zapolski says. A lot of the time, he adds, what an elderly person wants the world to know is that they’re still a “fully three-dimensional human being”. 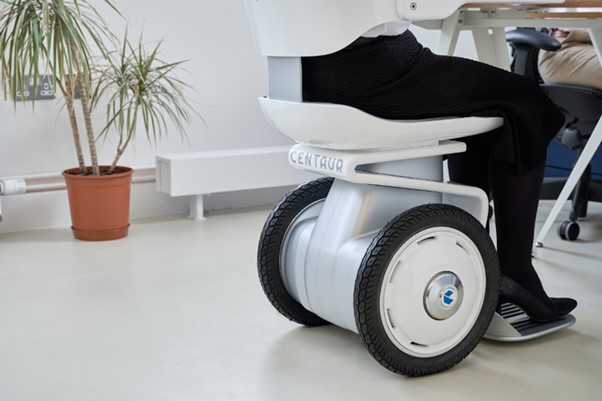 “Technology has the power to change people’s lives”

Earlier this year, Design Week covered how the Design Age Institute was helping Centaur Robotics to adapt its eponymous robotic wheelchair for life inside care homes. Lowe says tech like this will likely be a huge part of the organisations work in the future.

“Technology has the power to change people’s lives more than anything else in human history,” he says. While many tech solutions are “not quite there yet”, he says it won’t be long until they can be used to enhance older people’s lives.

When that happens, it will require overcoming a cultural hurdle and recognising that older people can be capable at using it just as well as younger people.

“The thing is, if we’re lucky, we’ll all get old, so it’s in our interest to sort this out now,” he says.

Design in 2021 – what will interactive design look like?
Speak the Universal Language
Why these top graphic designers moved into visual design & UX