Why these top graphic designers moved into visual design & UX 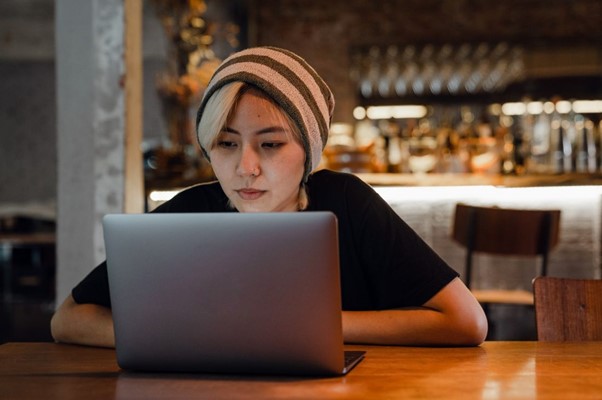 Do you consider yourself a 'graphic designer' or 'visual designer'? Many people will be surprised by that question ("Aren't they the same thing?"). Others might even get annoyed ("Can't I just call myself a designer?"). But the inescapable fact is that right now, people who call themselves visual designers earn significantly more than graphic designers.

Although there's no generally agreed definition of where graphic design ends and visual design begins, these terms are increasingly being used to mean two distinct things. The first to describe those who design things for print, such as books, magazines, newspapers, brochures, flyers, catalogues, signage and advertisements. And the second to describe a graphic designer who also, or primarily, works in digital design, on apps, websites, interfaces and/or user experience. Especially if they're heavily involved in the branding of a product or service from start to finish.

Some may protest that all of these tasks come under the heading 'graphic design'. But unfortunately, many traditional graphic design courses don't cover them, and their students are emerging unprepared for the modern world. With all that in mind, Created, the popular academy already known for its first-class motion design courses, has now introduced a Visual Design Foundation course as well as a Visual Design Professional course.

Created's courses take place online so that you can combine them with part-time or even full-time work. Developed by industry professionals, for industry professionals, they're ideal for both new graduates and seasoned graphic designers needing to refresh their skill set and expand their offering. We've teamed up with Created for this article, in which we chat to successful creatives who've made the leap from graphic design to visual design, and explain how it's benefited them.

1. "I was unhappy designing for print"

"I was never a happy print designer, but I LOVE being in the app world," says UI and UX designer Mike Hince. "In my old job, my manager would always ask me where I wanted to go with my career, and I often didn't have a response. So I rebranded away from print and made a website solely focused on app design, which Google liked and sent me lots of interesting opportunities. Soon

I was getting 500+ enquires a year for work. It was rather overwhelming."

Interestingly, Hince has since returned to print but on his own terms. "I started painting portraits of famous people in May when Covid-19 started getting bad," he explains, "and have since released and sold print versions of some of my paintings." Like anything in life, when you're doing something because you choose to, it's a different ballgame.

"I moved from graphic design to UX design because I found the technology-design intersection to be very interesting, specifically the idea of a dynamic medium," says Carl Fairclough, a product designer currently based in Dubai.

It also offered something of an escape route from the echo chamber of designers who were more focused on impressing each other than clients or customers. "As time progressed, I started to care more about how and why design influences people, rather than the opinion of peers, and focused much more on that side of things while treating brand as an artefact of good experiences, something which I still have quite strong opinions about."

Of course, for Carl, this transition was more about evolution than revolution. "I still very much have a soft spot for 'pure' graphic design - design as communication," he adds, "and honestly have the deepest respect for people who do that."

3. "You're building on existing skills"

Elliot Rylands, a senior product designer based in Southend-on-Sea, UK, agrees that the line between graphic design and UI design is a thin one, but stresses that it's still significant and distinctive. "For me, moving from one to the other was a transition peppered with comparable nuances, but also so vastly different discipline-wise," he explains. "The DNA of graphic design carries quite well in that you need to project voice, tone, and messaging. The main differences are on the technical side of things.

"In general terms, all of the assets you curate should be carefully considered in how they interact," he continues. "Everything is purpose-built/designed for human interaction, whether that be touch, click, or hover focussed. Almost every asset we design as UI designers takes multiple forms, based on not only the user interaction but the device used and orientation in which the asset is presented. Then you have to consider contrast for accessibility, interaction design; similar to motion, but understanding and applying coded annotation."

He stresses that he's not stating one is more difficult than the other. "The complexities of graphic design take a whole different avenue when it comes to sanitation," he explains. "There are just differences in how you present and hand off your work."

So why switch at all? One of the most basic reasons is the money. "I moved from traditional print to branding and product design," says Rosie Manning, principal brand designer at Metalab in Leeds. "And the reason was simply that was where the demand was."

Shannon Craver, a freelance design director based in London, tells a similar story. "There's been a bit of a split in the last few years between design for digital products and so-called traditional graphic design, which means as an independent designer it makes sense to shift my focus fully there. I'd love to see this split close again as I think there's massive value in multidisciplinary design, and I'd hate to see digital product design become an insular bubble where everything looks the same."

4. "You avoid shutting yourself off to potential opportunities"

Moving more deeply into areas such as UI design, UX design, and branding does involve an extra level of work in terms of upskilling. But award-winning London-based designer Russell Daniels-Lake doesn't believe that's a reason to avoid it; quite the reverse.

"Upskilling is an important part of any design career," he stresses. "Diversifying into the visual design aspects can avoid shutting yourself off to potential opportunities. You're more than likely to find yourself in a job one day that will be looking for aspects of visual design knowledge. When learning to work on branding and identity, for example, you learn aspects such as to look for strategic gaps in the market for brand personality and the use and psychology behind colour."

There's no point in doing a job that doesn't challenge you creatively and intellectually. So shifting the direction of your design career can be a way of exploring new areas that interest you. Samantha Sheriston, a designer with Co-op Digital in Manchester, UK, offers a good example. "I moved from graphic design into interaction design, because I was drawn to the idea in proving the success of design based on user research and insight," she explains. "That was more interesting to me than facilitating subjective feedback."

It's the problem-solving aspect of branding that most attracts Rebecca Harrison, who originally studied Fine Arts at Central Saint Martins, and now works as art director for Brandwatch. "I love the depth you need to go to, to understand the heritage of a product/business/service and create a brand that works in partnership with it. Honestly, I wouldn't look back. It's a real challenge to get to know something and have a relationship with it.

"It's an awful lot more complex," she adds. "And there are more layers than anyone can imagine. But that for me gives the same feeling as trying to solve a Rubik's cube. You keep going, and you work out the sequence. And when all the pieces align, it's magic."

7. "You can see the impact your work is having"

Deborah Garfen, a product designer working in London, tells a similar story. "The thing I love the most about UX/UI design is that you can constantly improve and shape something so that it best suits the needs of your audience," she says. "In graphic design, it's harder to see the impact your work has, but in UX/UI design success can be easily measured."

She offers this advice to any graphic designer seeking to take steps in this direction. "Sign up to courses. Subscribe up to email newsletters to keep updated: I find Loop11's and UserTesting.Com's useful. Seek out a mentor; support from those working in the field is invaluable. And put time and energy into showcasing your portfolio of work."

Freelance graphic designer Lisa Johnstone-Puplett agrees. "My advice would be to invest in yourself, hone your skills, and follow the path that most excites you," she says. "There are lots of different disciplines within design, so try them all, then follow your passion!"

If you're looking to move into visual design, take a look at Created and its new Visual Design Foundation and Visual Design Professional courses – both of which take place online, so you can fit them into your schedule.

In the meantime, you can find out more about becoming a visual designer or check out these top visual designers to follow for inspiration. Good luck!

Written by: Tom May

Speak the Universal Language
How to Turn Creativity into Cash
Asking for a Friend: How Do You Learn to Manage People?