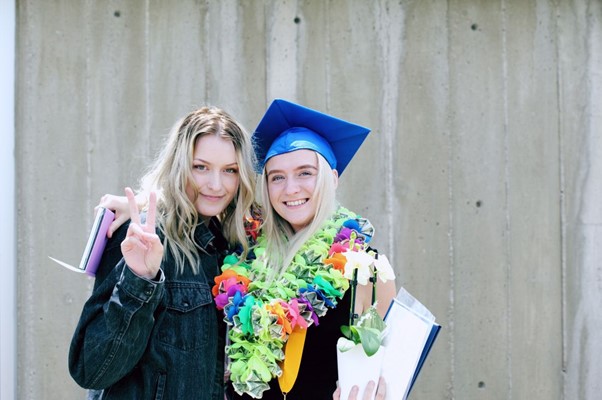 Great things come out of hard times. We started Creative Boom during the global recession of 2007-2009 and haven't looked back. Others who suffered during that time have gone on to do great things, too. Started businesses, enjoyed interesting careers, found their passions.

But it's not easy – we've made many mistakes over the last decade. We've often worked too hard, rather than smarter. We've suffered burnout when we "hustled". We felt we had no choice. Jobs were hard to find back then, so we had to find ways to survive.

In doing so, we perhaps forgot about work/life balance. But we've come out the other side and now, faced with another recession and the ongoing pandemic, we're taking those hard lessons learnt and putting them to good use. It's not easy. 2020 has been challenging for all of us. But from our experience and wisdom, we want to offer a little reassurance that all will (hopefully) be ok. That there is light at the end of the tunnel. Opportunities do exist.

With that in mind, we asked creatives who graduated during the last big recession to offer their advice to those hoping to enter the workplace this year or next. Read on as they share their tips for staying positive, moving forward and learning from mistakes.

If you only looked at Instagram, you might imagine all successful people achieve their goals more or less instantly. But the real world isn't like that, says filmmaker Brett Chapman. "The overnight success, the wonder kid, the 'made their first feature film at 25' people are the exception, not the rule. It's supposed to take time to get good at your thing."

Guy Armitage, the founder of Zealous, agrees. "Success doesn't come overnight, the media often don't often cover the years of hard work behind the achievement," he says. "So don't despair if it takes longer than you thought, and keep working at it. All you really need to do is be better today than you were yesterday."

Graphic designer and art director Luke Tonge offers a similar take. "It's a marathon, not a sprint," he points out. "I didn't find a design role until over six months after graduating. So take the weight of expectation off your shoulders and enjoy the process of discovering places to work if you can. Knock on a lot of doors. Be persistent." And be patient. "It took me three and a half years to find a creative role," says graphic designer Callum Rudd. "So don't give up: just because you haven't found the right job immediately doesn't mean you won't find it at all."

2. Take non-creative jobs if you have to

Most people have to do jobs outside of their skillset, often menial ones, for a time after graduating, and creatives are no exception. As Mitch Goldstein, a professor at RIT College of Art and Design, puts it: "It's much easier and less stressful to find THE job when you already have A job." Or as product designer Jack Sheppard says: "You don't have to be a starving artist to be creative. And you can accept a job that doesn't quite align with 'the dream'. Make what you can out of the work you can get. Be part of a community. Write, share, talk, question, learn."

Data/graphics journalist Ian Jones did just that after graduating in 2007. "I spent three years working nights in a casino, designing and learning in the daytime," he recalls. "I'd advise new graduates to think of the long term. Define yourself by where you want to be, not where you are at. And don't assume anyone else had it easy, either."

In short, it's important to accentuate the positive, says graphic designer Matthew. "Even if you don't work within design directly right away, you can still learn transferable skills that become invaluable," he says. "Working in retail for years, both before and after graduation, taught me more about talking to different people than working within 'design' has ever done. Serving former classmates and teachers is very 'character building': it taught me never to be ashamed of any job, and to stop comparing my own to other people's; otherwise I was never going to be happy."

3. Be open to all creative opportunities

You might have a very clear idea about what your ideal creative role looks like. But the world doesn't always work like that, and especially so in 2020. So as Jessica Klingelfuss advises: "Be open to any opportunity: your dream job could be something you never anticipated." That's precisely what happened when she graduated in 2009, thinking she'd pursue photography professionally. "Instead, I ended up as a magazine editor, and it was the best eight-year career detour I didn't plan for," she explains.

Senior designer Steve Pannett concurs. "Don't be snobbish about certain roles," he urges. "My first design role was as the only in-house graphic designer at a small business selling bathroom appliances. I Iearned as much as possible, then moved on. You make those roles your own and move up from there."

And even if you feel like you're compromising, creative director and 2007 graduate Kelly McAuley urges you to keep an open mind. "The job you don't think you want may serve you better than you can imagine," she points out. "Recessions have a way of shaping technology. So take the job doing something new to you, and work hard. You'll likely be able to leverage those skills time and again."

Creative director Halley Anne takes a similar line. "Every job is a learning opportunity even if it might not feel it at the time," she says. "There are many factors beyond your control at play, so don't let it dent your confidence. A few years feeling like it's not quite right doesn't mean it won't ever be right!"

"What you think is your path at 21 will almost definitely change," adds podcaster Vicky Shilling. "So upskill yourself, and keep curious about what new possibilities are out there. Also, learn to fail and be bad at things: it won't always be a linear upward path!"

If you don't have any freelance work, it can be tempting to charge less than you're worth. But that can be counterproductive: after all, if you don't value your work, why should anyone else? Instead, interior and architecture photographer Jak Spedding, a graduate from 2009, says: "Don't undervalue yourself and decrease your rates: there are still plenty of clients who value good work over cheap work, and it's much harder to climb back up afterwards."

Essentially, it comes down to believing in yourself, and Danielle Evans, the creator of Food Typography.com, offers a practical tip to boost your self-confidence. "What you tell yourself matters," she explains. "So when I was working at the mall, I would tell myself as I rang up every person: 'I am a designer. I am a very creative person.' No matter what, don't let that go. You are a very creative person before, during, and after economic collapse."

Becoming a specialist is one of the best things you can do for your career, believes Katherine Mugan, who argues that you should learn from her mistakes. "I graduated in 2008, and was a jack of all trades in startups for ten years," she explains. "It was amazing fun, but I had no real career prospects: 'good at stuff' isn't a skill anyone hires you for. So I ended up specialising in SEO, and as a result, I found I got paid way more and freelanced at better day rates too."

6. Explore all avenues to find work

What practical advice can our creatives offer on the nuts and bolts of applying for work? "Treat your portfolio like your most important client until you can showcase your talents through paid client work," says filmmaker and photographer Duncan Howsley. "If you don't have clients, give yourself briefs and deadlines. Find a non-profit or charity and offer your services for free. Make good work. Find your niche. And be kind to absolutely everyone you meet along the way. Not just because it's the right thing to do, but because you never know where those connections might lead."

"Promote yourself to actual businesses, not just other designers," recommends Jonny Costello, creative director at Adult Art Club. "One walk onto a high street or industrial estate could land you more work than a thousand Instagram likes from other designers." Meanwhile, Andrew Young at Noprism suggests you, "embrace the physical. With so much focus on digital these days, it's always nice to see new designers reaching out in tangible and interesting ways. We love it when we get post at our studio, and it always makes an impression greater than being lost in a sea of digital noise."

Tony Clarkson of Severn Agency recommends you, "keep meeting people, ask who you meet for names of more people. Check out who you're meeting, and prepare some questions. Only show your best work, work you're confident about, and be able to say what/why/how you did what you did."

Think you don't know any useful people? Of course, you do! "Your favourite lecturers are your first, and sometimes best, professional contacts," points out photographer TV Trev. "So make sure you stay in touch with them. Almost a decade on since graduating, my lecturers remember me, are happy to collaborate on projects and have been invaluable references early in my career."

Is your brand marketing truly inclusive?
Be at the top of your game: 13 lessons on creative progress from artists and designers
A helpful guide to marketing for freelancers fed up with Instagram