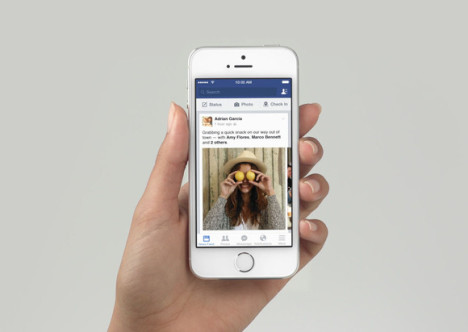 The latest Facebook algorithm changes will finally put an end to the 'crap trap' that has plagued content marketing for far too long, argues The Content Division's Kurt Sanders.

“Hey brand and/or company! Here’s free TV and newspaper ad space for the entire duration that your business exists!” said no media company ever.

Or if they did say it they probably didn’t exist for long.

The Zuck last week announced Facebook’s intentions to massively prioritise friends, family and group content in their newsfeed, relegating brands and media companies to the dregs (if that) of organic reach and engagement.

But really, is it so surprising?

Why should Facebook give you a free kick to advertise your business anywhere? It’s a profit-driven company with staff and bills and helipads and hovercrafts with helipads to pay for like any other.

Ad agencies have known this is coming for a long time, which is why their media buying arms are so damn important still and why brands’ physical touchpoints are still so vital.

And it’s also part of the reason why some admen and adwomen have called it, and digital marketing in general, a crap trap for so long.

From a digital content level, this is the best news brands could have hoped for from the platform. Because now you know where you stand and you can make some vital decisions.

If it’s not forcing you to take a good, hard look at yourself and get back to the things that work for your customers and your objectives then you may have missed a few things along the way.

A return to strategy

A lot of small-to-medium brands have been middling at best on Facebook and other digital platforms for a while now. And it’s because you probably jumped straight into it.

In the words of Dr Ian Malcolm (Jeff Goldblum) in Jurassic Park, “Your scientists were so preoccupied with whether or not they could that they didn’t stop to think if they should.”

Now that the owner of Facebook has straight up told you it will be shit for you (instead of just that inkling feeling you had when nothing you did was working), it’s probably the perfect time to go back to strategy and talk to your customers, figure out who they are, what they want from you at different times and take a look at the differing, deeper levels of resonance your product or service may or may not possess.

Then, and only then, might you be ready to know if Facebook is a good place for your business to spend money and reach the right audience.

Hear that? That’s the sound of a thousand triggered marketing thought leaders gasping in horror that Facebook might not be right for you.

Yes, it turns out my customers can be reached on Facebook, so what now?

Cool, you’ve documented your strategy and you have the data to back up having a strategic presence on Facebook.

But do you have the appetite for doing it right? The stomach for it?

Because this might come as a shock but the brands that generally succeed on Facebook are the ones that understand there’s a relationship between premium, targeted (with actual money), emotional, audience-focused content and their brand’s physical touchpoints – be they print or TV ads, events, in-store experience, pop-pups, the easy-to-find presence of an actual phone number to call, whatever your strategy says you need to lock down.

Because your crappy organic post about your product is cactus (but you knew that). Your well-written blog, video or stunning picture isn’t far behind. But the premium piece of content served to the right audience at the right time with a comparatively small investment of cash behind it is exactly what the Zuck has ordered.

Because Facebook still needs revenue and they want brands to be the source of it. But without eyeballs (read: the people) they won’t get it, hence the shift back to a more friend- and relative-driven newsfeed.

So shifting your content from terrible, promotional product posts to emotional, audience-focused, different, human stories is where I’d put my money – but not before putting your hard-earned behind a documented strategy and pretty much every post or ad you push out there. If you have the stomach for it.

Now, let’s hope the next big social media change sees LinkedIn burying the posts with a thousand paragraphs. That may just save us all.