Gillie and Marc - Save The Rhinos

We’re about to witness the imminent extinction of our planet’s last three Northern White Rhinos. Scientists say that rhinos play a crucial role in maintaining balance in the world’s fragile ecosystem. When they die, we do too.

​Gillie and Marc are famous monumental sculpture artists embarking on the biggest rhino conservation project through art that the world has ever seen, and basing it in the heart of New York City.

​They will be creating the BIGGEST RHINO SCULPTURE IN THE WORLD titled, The Last Three to build a legacy for the Last Three Northern White Rhinos and save the world from extinction.

This sculpture will be used to raise awareness and gather one million goodbye messages from the world. Gillie and Marc will then take these messages and use them as petition to stop the poaching trade. Leave your goodbye message or check out all the other amazing rewards to help us SAVE THE RHINOS.

​Gillie and Marc, the husband-and-wife artistic duo refuse to see these magnificent lives go in vain, and need your help to prevent history from repeating itself.

Gillie and Marc are international contemporary artists who have collaborated to create art as one for over 26 years.

​Before becoming parents Gillie and Marc were intrepid travelers who decided to settle down in New York to raise their family. Their first New York art exhibition was in 1996 and since then they have had both sculptures and paintings displayed in various New York galleries and public spaces including DUMBO, Brooklyn and Greenwich Village.

Gillie and Marc are also keen conservationists who have raised thousands of dollars for rhino conservation. They have a shared connection with wild animals through their individual experiences in Africa. The staggering number of animals on the brink of extinction is a constant driver for the artists to create art that saves them. 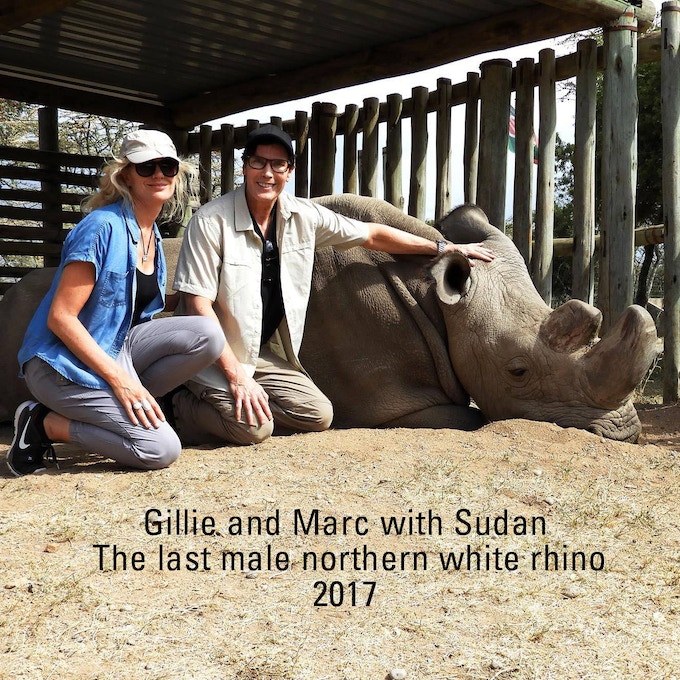 Gillie and Marc are very excited to launch their kickstarter campaign to raise funds to create the sculpture.

​The Last Three will be a spitting image recreation of the last three northern white rhinos. Sudan, Najin and Fatu will live on as life-size bronze sculptures so that they can raise critical awareness that will save other members of the species from falling to their same fate. Gillie and Marc will add one unique poignant detail to the sculpture: the rhino horns will be painted with striking gold patina. This will draw attention to the illegal value of rhino horns, and ultimately the cause of death to the species.

The artists are so passionate about this project that they are putting $150,000 of their own money into creating The Last Three.

​Gillie, Marc, Sudan, Najin and Fatu need your help in raising the other $50,000 necessary for completing the installation. Join us in uniting the world to save the rhinos. 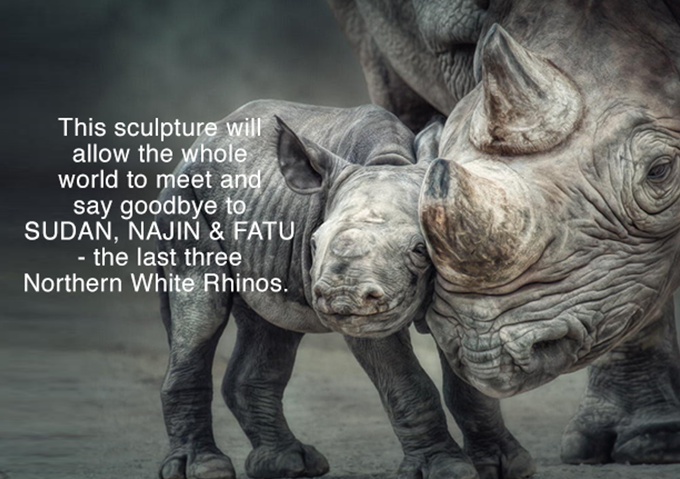 In return for your help, Gillie and Marc will offer amazing rewards – view below and email studio@gillieandmarc.com for more information.